Moving Beyond The Page

By the time your homeschooler finishes our two levels of middle school, he will be prepared to excel in high school science, social studies, and English. He will receive one semester of Earth Science, Physics, Chemistry, and Biology. In social studies, he will have an appreciation for the course of human civilization for every corner of the globe as well as an understanding of American History and Government. The language arts program is a great precursor to high school English as students will do in-depth literature studies and rigorous writing assignments while continuing to improve grammar knowledge and application. When your homeschooler finishes our middle school curriculum, he will be well prepared for whatever high school program you choose.

The Age 11-13 level of curriculum is the first year of middle school homeschool curriculum. In this level, students take responsibility for formulating their own ideas and directing their day. All units are student directed. The primary lesson plans are written for your child to read and follow. As a parent, you will still be actively involved. We provide parent overviews of each lesson that include descriptions of the activities and answer keys for you. There are still many activities and opportunities for you to work with your child. Learn More

Comes With: Each Concept comes with a variety of  Literature, Manipulatives, a Teachers Manual and Student Activity book.

Notes: Moving Beyond The Page is a literature based curriculum.  It does become overwhelming with so many activities.  Our favorite way to use it is to pick and choose between activities and not become bogged down by doing all of them. Placement Test

This program is highly structured. Lessons are taught with continual teacher-student interaction. Students then complete worksheets or writing assignments from their workbooks. CD’s present jingles and the question and answer flow for different types of sentences. The teacher’s manual explains the methodology and offers useful teaching tips and some creative ideas. Learn More

Notes: Because the methodology and concepts are repeated from year to year. You can begin to use this program at any level—you need not go back to level 1. 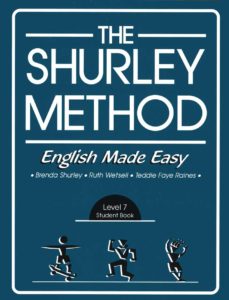 This 136-page book is comprised of intriguing activity pages to wake up sleepy brains for the day’s lessons.  Each activity page takes about 5-15-minutes to solve and develops the most important reading comprehension skill found on all standardized reading tests. Synthesizing disparate information and using the result to produce a reasonable conclusion is an essential skill assessed on standardized reading tests. This comprehension skill usually determines a student’s reading score–and every Daily Mind Builders™: Language Arts activity develops this skill. 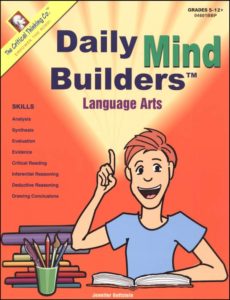 Each lesson within the Level  7  spelling and vocabulary program contains 18 list words. List words are progressively more difficult than those used in prior levels.  Multi-syllable words and more complex words are predominant at this level. Lessons contain games such as pronunciation of words, proof reading, deciphering puzzles, word jumbles, crossword puzzles, word search, definition matching, unscrambling words, identifying misspelled list words in a paragraph or  sentence, alphabetizing word groups, and complete  the sentences.  These exercises are more difficult than those in previous levels. Learn More 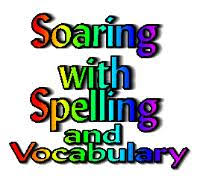 In Level 6, your student will continue to learn encoding skills, reliable spelling rules, and multisensory strategies for spelling, along with exciting new concepts including 3 new phonograms, additional suffixes, strategies for differentiating between IBLE and ABLE, and additional practice with phonograms IE and EI. Phonological awareness and encoding skills are taught throughout Level 6.  Learn More

Comes With: Teachers Manual, Student Pack and Interactive Kit (If you are using this curriculum with All About Reading the Interactive Kit is the same so you only need one). 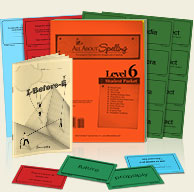 Spelling Workout has all the components you need to lead students from simple sound-letter relationships to more complex spelling patterns. 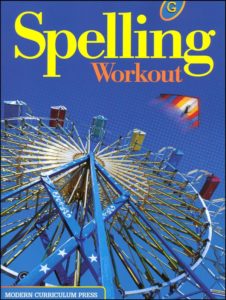 One of the goals of this series is to transition the student into an independent writer. All instruction is written directly to the student while the instructor is encouraged to become more of a writing mentor. Some activities are to be completed by the student independently with no assistance while others suggest that the student should “check your work with your instructor.” The student is expected to keep a Composition Notebook (three-ring binder divided into six sections). The entire course requires virtually no prep for the teacher. The student can pick up the Student Book and be on their way. Learn More 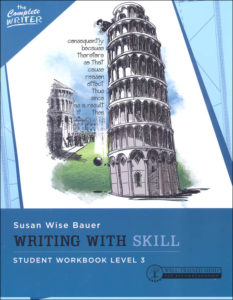 Teach writing skills using this innovative new approach. The Four Square method can be used with all forms of writing and will fit any reading or language arts program. This step-by-step approach is built around a simple graphic organizer that first shows students how to collect ideas and then helps them use those ideas to create clear and polished prose. Open-ended reproducibles make the technique accessible to writers of all ability ranges. Learn More 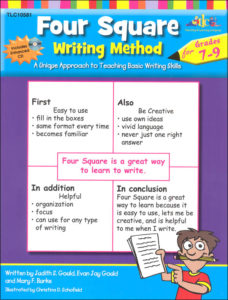 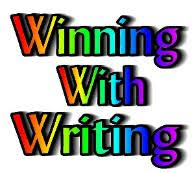 Grades 6-8 Recorded live with Mr. Andrew Pudewa, this four-DVD writing course for middle school students new to IEW lays a solid foundation of writing skills. Over the course of 15–30 weeks, students will learn how to effectively use a wide range of structural models and stylistic techniques in their compositions, as they write on a variety of enjoyable fiction and non-fiction topics. Included with the student handouts are complete teacher’s notes, source texts, assignments, and checklists. Learn More 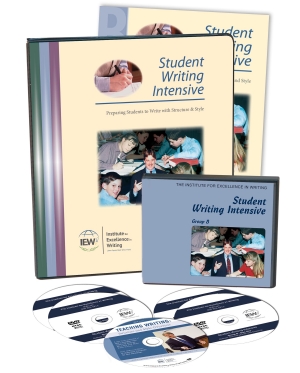 Watch your emerging writers take more and more responsibility for their writing with our 12 month-long writing projects found in this amazing program! You’ll guide and coach your middlers in writing forms that facilitate growth in skills like:

At the same time, you’ll help your kids emotionally invest in their work by appealing to their creativity, personal passions, and expanding curiosity!

Faltering Ownership is visually engaging, easy to use, and lasts an entire school year. The instructions for each project are detailed with illustrations as needed.

Bonus: The Art of Fiction and Poetry Play are writing projects for your creative writers.

Whether you are Charlotte Mason fans, classical homeschoolers, or unschoolers, this program will appeal to your family. There is plenty of room for personal adaptation. How you home educate will be supported by both the specific, helpful instructions and the wide open space to interpret the projects individually. 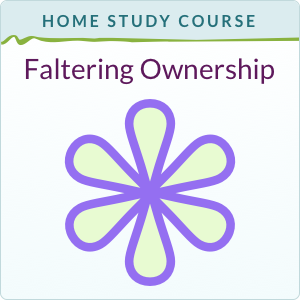 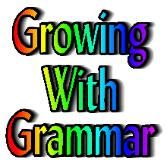 Comes With: Workbook and Answer Key. 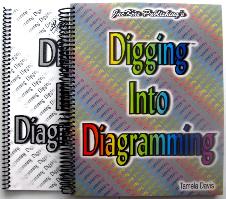 The Improves students’ grammar, punctuation, spelling, capitalization, and attention to detail using a standards-based thinking approach rather than drill and practice. This effective method teaches students to carefully analyze and edit stories. This book includes 16 lessons in grammar and mechanics. Students identify and circle errors in each story and write their correction. The grammatical and mechanical errors in the paragraphs are based on general instructional guidelines for specific grade levels; the content level, however, is ungraded, allowing usage of these materials at many instructional levels. Writing styles and content are varied to sustain interest and to broaden the students’ exposure to different writing formats, such as letters, stories, and dialogue. The illustrations integrated into the context of the activities further spark student interest. The skills developed can be applied to the students’ own writing. Detailed answers are also included. Learn More 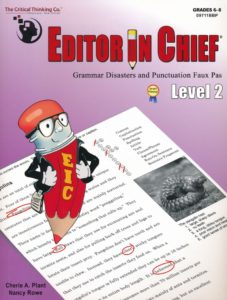 Students read and analyze short literature passages and stories that include fiction and nonfiction genres. Then they answer multiple-choice and short-response questions, citing sentence evidence to support their answers.

The Grades 7–8 (B1) level includes mixed-skills throughout and provides an introductory lesson for each skill. Learn More 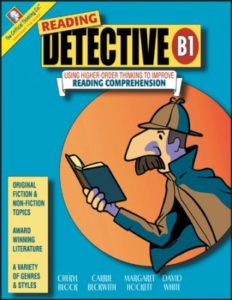 The Language Mechanic is a comprehensive program that uses fun examples and logical reasons to eliminate the confusion students often feel while learning the mechanics of language.  This book demonstrates and reinforces why each language rule is important. Lessons begin with a “grabber”—a humorous miscommunication that results when a rule is broken. Examples are followed by an explanation of the specific rule, the logic behind it, then guided and independent practice. Learn More

Students learn the meaning and spelling of roots, prefixes, and suffixes commonly used in English. Learning these word elements dramatically improves spelling and the ability to decode unfamiliar words. The activities focus on using these words in context to help students incorporate each word into their vocabulary and retain the correct spelling. There are periodic reviews to make sure students retain what is taught in the lessons. Word Roots books will add hundreds of words to your students’ vocabulary and greater depth to their thinking and writing. Learn More 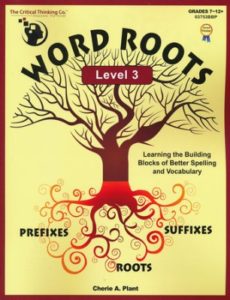