Here is a small sample of the social studies kits we have available in our library.

Follow the instructions below to search our library to find additional resources.

The Story of the World

The Story of the World is an award-winning resource for families looking for a history curriculum they can fall in love with. Told in the straightforward, engaging style that has become Susan Wise Bauer’s trademark, this four-volume set covers the sweep of human history from ancient times until the present. Africa, China, Europe, the Americas — find out what happened all around the world in long-ago times. This read-aloud series is designed for parents and teachers to share with elementary school children. Enjoy it together and introduce your child to the marvelous story of the world’s civilizations. Learn More 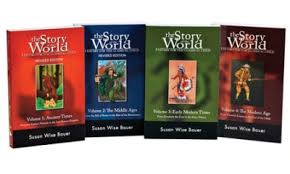 Travel back in time with Benjamin Franklin’s teenage reporters as they confront the dangers of the American Revolution! Can their friendship survive when they find themselves on opposing sides of the battle? Your kids will enjoy 40 animated episodes featuring the voices of Walter Cronkite, Annette Bening, Dustin Hoffman, Michael Douglas, and many others. Watch online

A History of Us

Superb coordinated teaching materials developed in classrooms by Johns Hopkins educators. A History of Us, has been hailed by reviewers, historians, educators, and parents for its exciting, thought-provoking narrative. Breaking the textbook mold, A History of Us doesn’t intimidate as do behemoth texts. It tells the tale of America in 10 user-friendly small, illustrated books. (An 11th source book, with original documents, is also available.) Whether it’s standing on the podium in Seneca Falls with the Suffragettes or riding on the first subway car beneath New York City in 1907, the books in Joy Hakim’s A History of Us series weave together exciting stories that bring American history to life. Learn More

This popular series now numbers 38 games, which have won many major awards, receiving honors from the likes of the Parent’s Choice Foundation, the National Association for Gifted Children and Scholastic Instructor Magazine. Professor Noggin’s card games are themed with 180 questions based on one subject such as Presidents of the United States, Geography of Canada, Pets, Wildlife of North America and many more. The game play is the same for each title and it’s easy to play the game right out of the box, which makes collecting different titles simple and fun.

With two levels of difficulty, younger children can still play with older siblings or adults and have a lot of fun. The Noggin’s Choice card can help even the score too as players can use this element to take a card from another player. Learn More 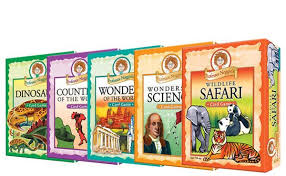 The Legend & League illustrated storybooks explains things in a simple, direct manner for young students. The workbook provides fun, worthwhile activities for children to complete after reading the book. They’ll complete matching exercises, landmark drawings, coloring pages, simple puzzles, and of course a couple different types of maps.  The books may be completed in any order and it is suggested you spend one year in each book. It is possible to compress each study into one semester with older students.  Workbooks include teaching points, expanded information on topics introduced in the reader, short answer questions, recipes, maps, tests and quizzes.  Learn More 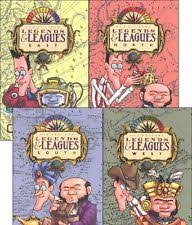 Come along with us on an exciting journey learning about the U.S.A! From the signing of the Declaration of Independence to the wild west, you’ll uncover all the secrets this Nation has to offer! Within this curriculum, you’ll discover the sights and sounds of all 50 states, including state symbols, U.S. Presidents, famous people, landmarks, historical events, and much more! This is a great history introduction for young learners! You will start out learning about the Constitution, Declaration of Independence and Revolutionary War. Then you’ll move south to learn more about the Civil War and Underground Railroad. From there you’ll journey with Lewis & Clark through the mid-west, live with the Hopi in the southwest, then venture out into the wild west on a covered wagon ride!  Learn More

Get ready for an exciting voyage across the world! Come along as we walk on the Great Wall of China, wander through the Amazon Rainforest, and climb the Egyptian Pyramids! Within this curriculum, you’ll discover the sights and sounds of 31 countries across the globe. You’ll get hands-on with fun activities, crafts, recipes and more! So grab your passports, and get ready to go! It’s time for Expedition Earth!  Learn More 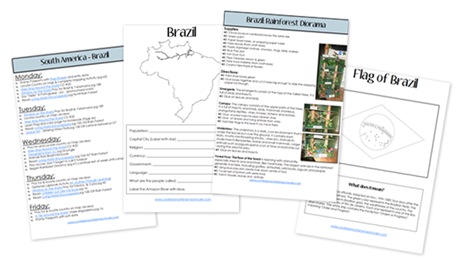